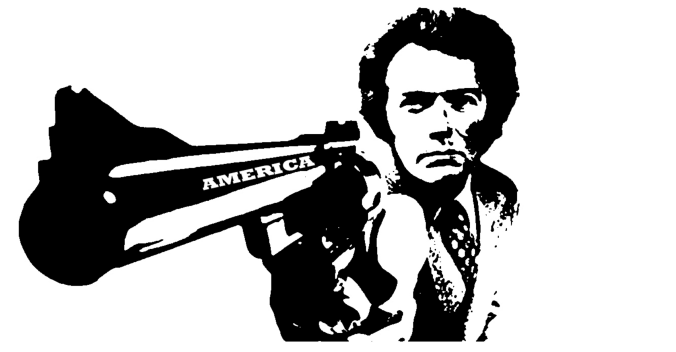 Does a gun make you safe?  I think the only fair answer is “it depends”…

For the purpose of this post, let’s shelve all arguments and discussions over the 2nd Amendment and the rights it grants, or does not to our citizens.  It is an essential discussion, and should not be taken lightly, but it does not change the reality of the world we wake up to tomorrow.  We currently have guns in the United States, hundreds of millions of them.

Guns scare most people.  If you have never fired a gun, never handled a gun, never been around guns, of course you will be terrified.  It is a tool that allows an individual to carry the power of life and death in their hands.  Without personal experience, your beliefs on guns are likely to be formed by watching media reports and movies, both of which could not be more inaccurate.  The bridge between fear and appreciation is built upon exposure, training, and education.

Education, Training, Responsibility and Preparation; the Olympic rings of gun ownership.  These are not pick and choose options in a buffet line.  They are connected, and without all four, a gun does nothing but increase the risk to yourself and those around you, regardless of your right to carry it.

If you are legally allowed to carry, the most important decision you will ever make, and the one that receives almost no attention and discussion is whether or not you SHOULD carry?  In my opinion, for nearly everyone in the United States, the answer to that question is no.  Before you lose your mind, I am not trying to restrict your ability to own or carry a gun.  I am saying that nearly everyone in this country SHOULDN’T carry a gun, because they are a danger to themselves and those around them.

When I encounter an individual who chooses to carry, the first question I ask them is whether or not they carry the weapon loaded, with a round in the chamber.  If you carry now, or are considering carrying, ask yourself that question.   If your answer is no, leave the gun at home.  You are not trained and mentally prepared.

If you feel more comfortable carrying an unloaded weapon, you would be better served going to Home Depot and purchasing a tool belt and framing hammer.  A hammer and an unloaded gun have the same effective range, and will serve you equally in a gunfight.  The key difference is that the hammer will not leave you with a false sense of security, and it is much less likely that someone will take it from you and kill you with it.

Fine motor skills are the first to degrade in any type of adrenaline filled environment.  Carrying a weapon without a round in the chamber will require you to draw, rack the slide, assume a shooting position, and then potentially engage a threat.  If you don’t see the issue in that scenario, you do not have the training needed to carry a weapon.  If you are concerned it will fire when you don’t want it to, you have no understanding of how weapons function, or you do not have the right holster, or both.  Both disqualify you from being able to safely carry.

The opportunity to expand your knowledge and experience with firearms exits, but it has to be sought out by the individual.  There are competitive shooting courses and matches, concealed carry courses, and everything in between.  Some pursue mastery with their weapons, most do not.  Nearly all gun owners use their weapons exclusively at established gun ranges, environments that are defined by their structure and rules.  There are linear range lines, paper or occasionally steel targets, and backdrops designed to safely capture fired rounds.  Eye and ear protection are required.  It is a tightly controlled, static environment.  Does this training environment adequately prepare you for the moment you step outside of the facility?  Does it prepare you for gun handling and engagement in an environment that is defined by its endless possibilities and scenarios?  The answer is of course no, but it does not stop most from believing that the physical act of carrying a gun provides a blanket of security.

For those considering carrying a gun, a few questions…

Do you have sights for your weapon that are visible in all light conditions, especially pitch black environments?

Have you trained and practiced using your weapon from a concealed holster?

Have you trained and practiced shooting from all conceivable shooting positions, to include seated in a vehicle, or at a dinner table?

Do you know how far your round is likely to penetrate?  Will it be stopped by dry wall?  By a human body?

What is the maximum distance you are comfortable taking a shot in a crowded environment?

Are you constantly considering your backdrop?

Are you prepared to deal with the consequences (legal and moral) of a poorly aimed and executed shot that takes an innocent life, regardless of intentions?

I hope your answer to all of those questions is yes, and I hope the answer came instantaneously.   I hope you also realize there are likely fifty more I could have asked.  If you hesitate to answer, or are even remotely unsure, perhaps you are not as prepared as you think you are.  These questions must be answered now, before you take a weapon out into society, not in the heat of the moment.

It needs to be understood that pulling a gun with the intent to threaten, intimidate, or prove a point may not produce the response you are looking for or expecting.  If you draw a weapon for any of those reasons, your worst nightmare will be someone mentally prepared to engage you.  Understand that guns do not turn cowards in to brave men.

Have you ever noticed what happens in most robbery videos when the potential victim produces a weapon?  The aggressor runs, usually while being shot at.  They run because they never had any intention of using their weapon.  They run because they are cowards.  They wanted the weapon to scare and project their perceived power.  This is not an argument for armed citizens, or how “only armed good guys can stop armed bad guys,” that is the subject for a later post.  The point is that if you pull a gun out and are not prepared to use it, it may be your life that is taken.

If you choose to carry a gun, you have volunteered to accept the burden that comes with it.  You are accepting an increased level of responsibility that cannot be delegated, in any way.

The trigger pull required for most weapons is between 4-6 pounds.  The mechanical act of pointing a gun at a person and applying that much pressure is simple, everything that happens after that is not.  If you are unwilling to shoulder that burden, if you have ANY doubts, if you have ANY concerns, please leave the gun at home.

We will all be safer for it.

5 thoughts on “It’s not the 2nd Amendment that matters..”

Join 23,246 other followers
Follow Confessions Of an Idiot on WordPress.com