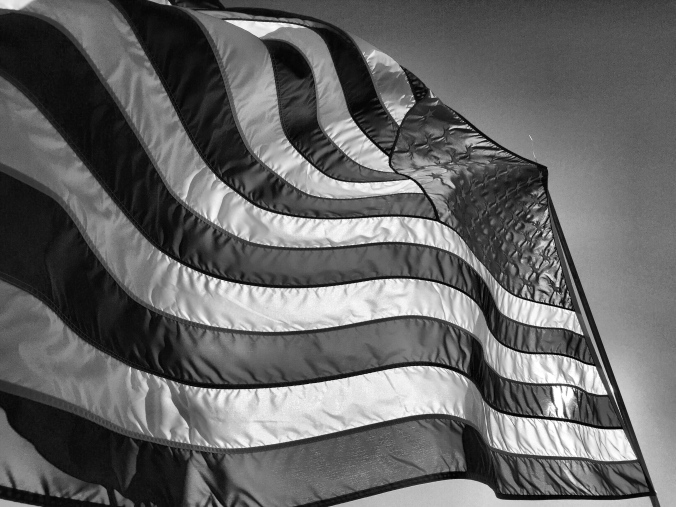 I have no idea how many people read what I write. I write for me, and in the hopes it provides a perspective not common for most. I hope it challenges what you believe, and in turn, I hope you challenge what I believe.

I posted on Facebook a few days ago, and the response was not what I was expecting. I am still often surprised by what people react, and latch on to. The post, to me, was simple. I stemmed from watching the news around the rioting in DC during the inauguration. The particular segment I watched, although not even remotely reflective of the vast majority of protest taking place in the city, focused on violent rioting and destruction. It got the majority of the airtime. I watched people attack a Bank of America building, taking turns running up to smash windows, then running away. I am no expert, but I have seen enough human behavior to be able to recognize the difference between someone standing for what they believe, with honor in their actions, and trying to cause problems for problems sake. This behavior was firmly of the latter.

I found a picture of a rioter involved with that incident, then scrolled through my phone and found an old picture of me from a deployment overseas. I put the two side by side, took about two minutes to write my thoughts, and hit post. Maybe it is the emotions that are still raw from the election and multiple violent events that took place last year. Maybe it is the feeling that soldiers, and the American flag are sacred. Maybe it is the combination of both. Regardless, it was divisive.

A common theme I have heard before, and recently with the post, runs along the lines of “people in the military are puppets, brainwashed, or benefit from having the billion dollar military industrial complex behind them”.  All of those things are true, to one degree or another. They do not apply to everyone, but they do apply to some, and that needs to be recognized.  The military is a beacon and gravitational force for some of the most honorable, selfless, and patriotic individuals on this planet. Those same people, absent strong morals and a true understanding who they are, can become the bad examples. Good people can lose their way; end up doing things they never thought possible, for reasons they don’t truly understand. That is not the fault of the military; it is the fault of the individual.

The uniform only has the value of the individual wearing it, and his or her ability to live up to its values and ethos. I can give countless examples from my own community where that did not happen, and I know they exist in every single military occupation. If you look for it, you will always find individuals dragging the uniform, title, position, etc. through the mud, through actions, words, or both.  Blind “patriotism”, and defense of those individuals is wrong. A patriot will hold an individual accountable, not hide behind the flag.  A patriot will stand and salute the flag while also acknowledging the deficiencies in the shadow it casts.  Not all servicemen and women are good people.  A mask, and military uniform do not change the person underneath them. They both provide an opportunity to act outside of yourself, and the ability to hide behind a cause, if you want to.   The values, virtues, and morals you display while wearing them is what separates one from the other.

People often ask me how I feel about those that speak out about the military. I think my response is not what they expect. I am not offended by people who kneel for the national anthem, protest wars and the soldiers that fight them, or question the values and integrity of those in uniform.   I don’t get upset when people post opposing viewpoints to my thoughts. I value the discourse, and am grateful to have the ability to hold opposing opinions in a public arena. I have been to the places where it would not be possible, and I am grateful that they exist here.

There is value to understanding the other side of the coin, in every arena. I do not have a crystal ball, higher education, or greater understanding of the world than anyone else. We all view the world through a pair of glasses; mine just have a slightly different tint than most. I have travelled more, and seen more than most, but much less than many others, and it is still dangerous to take what I say at face value. I have plenty to learn about what lies on the other side of my beliefs, and I do my best to remain open.

Do some of the comments irritate me?  Yes, of course. How I react, is up to me. In that moment I have the opportunity to lash out, or gain a better understanding of how someone else feels, and enhance my perspective. I have found that the vast majority of the time the outlying comments stem from a lack of experience (in that arena), understanding, or an isolated bad experience. If my first response is to grab a hammer, no one is going to listen, and more importantly, it means that I am not listening.

Patriotism and loyalty to those in uniform is a beautiful thing, but wrapping yourself so tightly in the flag that it restricts your vision is not a good idea.

7 thoughts on “Why you should not listen to anything I say…..”