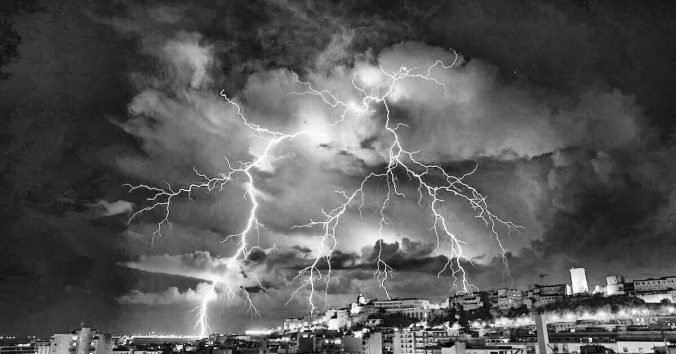 This post comes straight from a conversation I recently had with Tony Blauer.  If you don’t know who Tony is, he is worth looking up, following, and learning from.  What I love about Tony, and his system, is that it is built off of simplicity (my words not his).  It builds on what already exists in the human body, not an attempt to create complicated systems, which inevitably will fail at some level of stress.

Tony and I talked about weathering the storm, and by that, I mean the situation that strikes in a moment you are not expecting it.  Regardless of your title, and the level of training you achieve, there is always the opportunity for you to be ambushed, fighting to survive until you can get to a point where your training takes over.  You may think that those who dedicate their lives to preparation and hunting would be immune, but the memorial wall at the JSOC commands, and all the high-speed alphabet soup agencies prove otherwise.  You can see it in society, when police officers are hunted, or shot at random traffic stops.  They live in an occupation where readiness and situational awareness are the keys to survival, but it is impossible to be tuned in and turned on 24 hours per day.

There are many differences between military operators, police, and the average civilian, but the main differentiator is the dedication to the training required to achieve those levels of readiness.  What is important to recognize is that the training is layered onto something each and every one of us already has, the will to fight.  There are countless examples of untrained mothers and fathers fighting off attackers to defend their children or homes.  Think about yourself, would you allow yourself or your family to be victimized?  Even if completely untrained, we are hardwired to protect what we value.  It is there in all of us, you can’t hide from your DNA.  Some choose to hone that skill, turning it into a weapon that can be used to protect, and others choose to shy away from it, viewing it as barbaric, or antiquated. How far you choose to take it is what separates the wolves from the sheep.

It is easy to look at examples of military and law enforcement and come to the conclusion that they have little to no similarity or applicability to the “civilian” world.  They could not be more similar.  Think of the Tier One operator or high speed SWAT cop of your choice, then take away all of the weapons, sexy gear, and snazzy outfits that they are generally associated with.  Would that person still stand for what they believe and fight without those things?  Yes, of course they would.  Why?  Because it has nothing to do with those “things”, and everything to do with embracing the will to fight.  It is a mindset that is enhanced by the tools of the trade, not defined by them.  It is a choice.  It is what is missing in our society.

As I watched the inauguration this morning I realized that everyone in this country is going to be disappointed by our 45th President, at some point in time.  That statement would be equally true if it were his opponent being sworn in, because none among us is perfect, and we all make mistakes.  I also realized that half, if not more than half of this country still likely feels like they were ambushed.  They are in the middle of a storm, and how they choose to weather it is going to have a deep, and lasting impact on this country.

What I miss most about my previous career was the man to my left and right.  We fought for each other, we wore the same flag on our arms.  I didn’t like everyone I served with, and I have no doubt that not all liked me, but I would have given my life for them, every last one, and I know they would have done the same for me.  Can you say that about your neighbors, the ones that holds different opinions than you?  Why?

Fighting is not yelling your beliefs at the top of your lungs, memes, InstaFace posts, destroying infrastructure, rioting, and demeaning other Americans.  Those things are purely destructive, and are almost always the act of a coward.  Fighting is raising your kids with values.  Fighting is living your life with honor, integrity, accountability and responsibility, and teaching those things to those around you, by example.  Fighting is defending those that cannot defend themselves.  Fighting is speaking for those that can’t.  We are in this fight together, and I am tired of seeing the “left” and “right” failing to realize that we are all living under the shadow of the same flag.

Love Trump, or hate him, I don’t really care.  I love this country, and that is what I choose to fight for.  We may be better off four years from now, or we may be in the toilet (some argue we are there now).  I want to be there together, not divided.  We need to weather the storm together if we are going to survive, and actually live up to what we proclaim to be to the rest of the world.  We are some of the most fortunate people on the face of the planet, and we have everything to lose.  The will to fight, TOGETHER, is what will get us there.

One thought on “Weathering the Storm”

Join 23,252 other subscribers
Follow Confessions Of an Idiot on WordPress.com